Today, we're looking at one of the harshest stretches of terrain a refugee can face, the dramas unfolding there, and REI Japan's upcoming initiative to support the refugees that cross this treacherous land from Necocli, Columbia to Yaviza, Panama for their lives and families. To make a map of Darien Gap is to tell its story; from its natural qualities that have provided a natural defense against development to the human threats to life inside the jungle and its role today as the bitter conduit leading to hope for thousands upon thousands of refugees fleeing the fallout of broken economic and political systems.

What (and where) is the Darien Gap?

Get This Thought Provoking Book of Art Photography

Visit the Support4Good gift shop! 95% of the proceeds from the purchase of this book goes to support refugees living through harrowing circumstances. 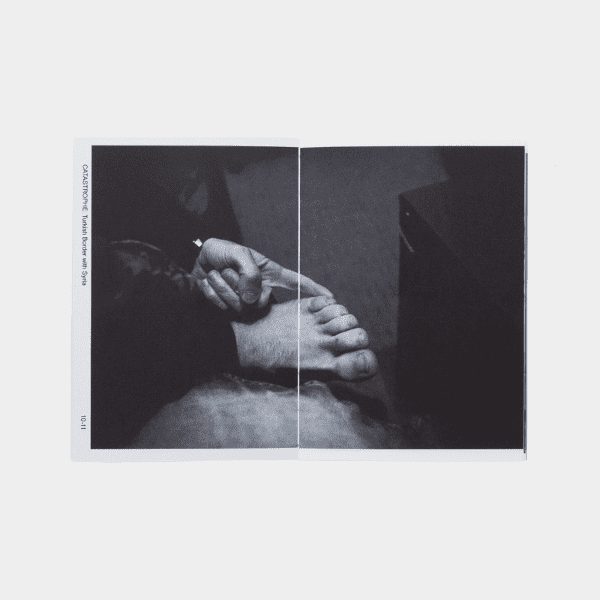 The Darien corridor is a dense, remote, and largely uninhabited area that separates Panama and Colombia. It is the only undeveloped land route that refugees must cross between North and South America and is the most difficult section of a refugee's journey due to its many dangers, its thick jungle, and its lack of infrastructure. Owing to increasing border security in the region and the US, people fleeing intolerable situations from around the globe are being forced through this gauntlet. Without a map of Darian Gap, it is a miracle people survive.

Who is Entering the Forest?

Refugees are from everywhere, a tapestry of marginalized people seeking a better life. From native Guatemalans, Hondurans, and El Salvadorans to Senagalize, Haitians, Sri Lankan, Pakistanis, and an increasing number of Venezuelans and other South American refugees from Bolivia and Colombia, the Darien Gap accepts all comers but does not guarantee survival.  Men, women, and children travel through here. Even babies begin their lives on the route, a maze of trails some 70 miles long, and all, regardless of their ability, must continue into uncertainty. It is a life-and-death death journey without a map through some of the harshest and most dangerous terrains on Earth.

Panama: an oasis of relief

Panama has been a key transit country for refugees crossing the Darien Gap; Panama has often served as a haven for those fleeing civil wars and other forms of violence in Central and South America. In recent years, the Panamanian government has taken steps to ensure the safety and well-being of refugees by providing humanitarian assistance, conducting awareness campaigns, and working with the UN Refugee Agency to ensure that refugees have access to essential services. Panama's efforts are essential, but they don't make the journey through the gap any easier.

When Did Darien Gap Become a Vital Conduit for Refugees? 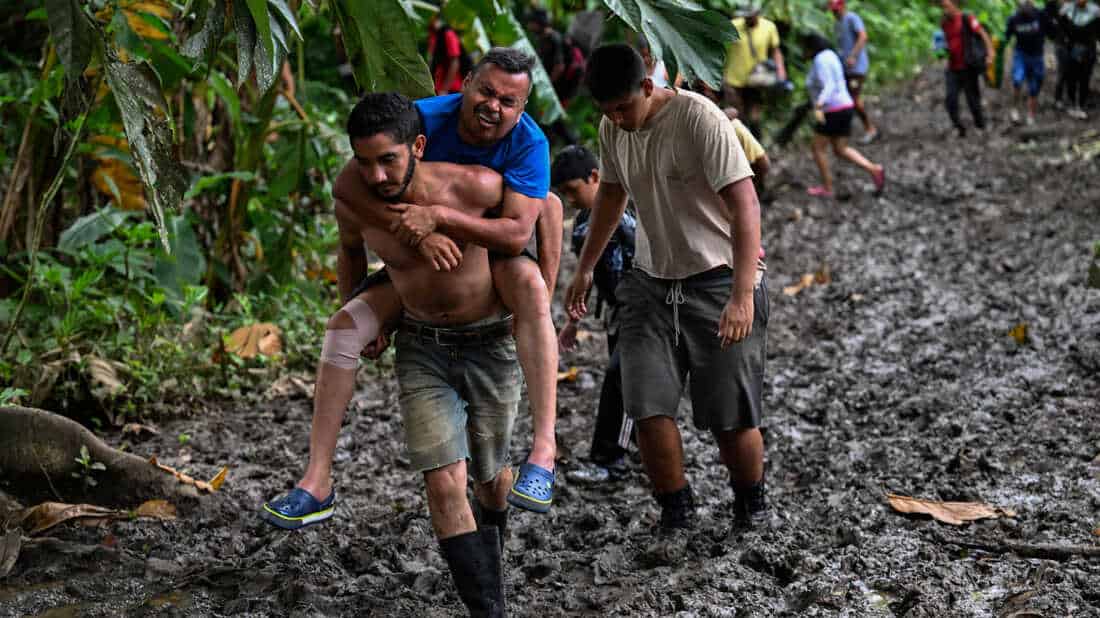 The Darien Gap had become an essential route, especially since the late 2000s when Columbia first noticed consistent and growing numbers of migrant and refugee groups beginning to move through the area in an attempt to reach the U.S. and Canada. (source)

In 2018, in Venezuela, the catastrophic economic situation brought about by political corruption and oil and gas interests led to a sharp upsurge in the number of refugees from Venezuela crossing the Darien Gap.  A complex set of factors lead to this crisis, including a decline in oil prices, government mismanagement, corruption, and hyperinflation. As a result, Venezuelans have faced shortages of basic goods, a lack of access to medical care, and high levels of crime and violence. This has caused many to flee the country for better living conditions elsewhere.

1. Colombian Refugee Crisis: Colombia has been facing an ongoing refugee crisis since the early 2000s due to ongoing conflict and violence. This has resulted in an estimated 7 million internally displaced persons and over 5 million refugees fleeing to neighboring countries, primarily Ecuador, Peru, and Venezuela.

A Map of Darien Gap: What Dangers do Refugees Face?

This dense jungle between Panama and Colombia has not been developed due to the rough terrain and drug cartels, guerrillas, and other dangers. A road has never been built, thanks to the difficult and dangerous terrain and prohibitive costs. It is not considered a priority of the governments of Panama or Colombia to build a road through the Gap. The journey will not get easier any time soon.

But the lack of infrastructure is the least of the refugee problems. The trail is rugged, interspersed with rivers that are frequently too high to cross. Mud, rocks, and constant rain often make sleep impossible, and the only place to collect food is by catching fish from the river or being told which jungle plants might be safe to eat. People who suffer injuries are left behind in the interest of the maximum number of survivors. The trails are scattered with remains of unlucky refugees who didn't make it.

Shop for Refugees with REI

Visit the Support4Good gift shop! 95% of the proceeds from the purchase of this book goes to support refugees living through harrowing circumstances. 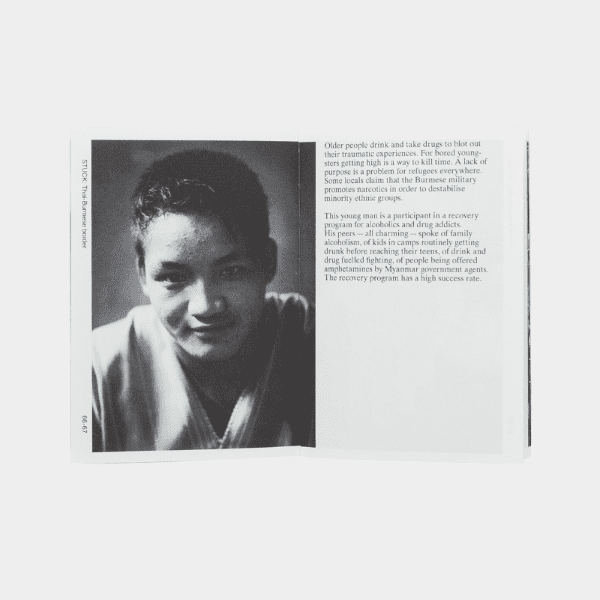 Drug cartels use these routes, guerilla fighters, and other armed people and militias that prey on helpless refugees to steal money, abuse women, and sometimes kill those who resist. When refugees get robbed at gunpoint, they often lose all their supplies and provisions, increasing their vulnerability and reducing their chances of survival.

Fallen trees or flooding rivers can force refugees off established trails and into the jungle, where they may find any number of dangers, from unexploded Cold War bombs left behind by the US and the Soviets to poisonous animals like pit vipers, botflies, and scorpions.

Supporting Refugees at the Darien Gap through REI

At Support4Good, we are fortunate enough to have REI Japan among our members. Beginning on April 24th, you can log miles of travel and help raise money for refugees as you complete a 105km course, learning more and more about the humanitarian crisis as you progress. To book your participation in this event and to find the latest information, please visit REI's Darien Gap page.

Another way you can support REI is, of course, here, through Support4Good. When you click through REI's page here at Support4Good and shop with any of our member stores, REI will receive 10% of the sale amount. It doesn't cost you anything extra, but it makes a big difference to those who eventually receive this assistance, thanks to your wise and conscientious decision. Visit REI's page to check out the shop. From vegan food to upcycled chips to van rentals for exploring Japan and delicious artisan wines, find what suits your fancy and support REI's mission.

Refugees Empowerment International (REI) is a non-profit organization that empowers refugees and displaced people worldwide. The organization works to provide refugees with the education, skills, and resources needed to rebuild their lives and pursue meaningful economic opportunities. REI offers programs and services that help refugees become self-sufficient and improve their quality of life. The organization also raises awareness of refugees' issues and advocates for their rights. REI operates in an expanding scope that has included Syria, Jordan, Iraq, South Sudan, Turkey, Lebanon, and the United States.